Welcome to the recap of season 2 of “Hey Dude”. Here, I’m going to give my thoughts on the season as a whole and the characters, rank the episodes from worst to best, and supply some information that I’d come across.

Season 2 saw the final contributions of two writers that had been with the series since season 1:

Alan Goodman (Day One at the Bar None, Ted’s Saddle, Employee of the Week, Bunkmate Battle, Treasure Teens) and Michael B. Kaplan (Battle of the Sexes, Rehearsal for Romance, Loose Lips, Battle of a Hundred Bucks) have each written and produced many things. Goodman even got an acting credit in, and Kaplan got a composing credit in.

Season 2 continued in the same vein as season 1. These thirteen episodes feel like a continuation of what had come before and offer a variety of character spotlights and stories (and story quality). 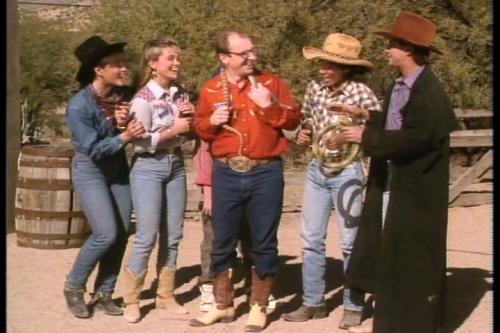 #13: Cowboy Ernst
It’s nice to see the struggle as the kids try to help Mr. Ernst realize the Bar None is where he belongs, but his “out” from the ranching business is ludicrous, so it brings the episode down. However, even this is better than “Battle of the Sexes”, so it indicates how much better that this season is, overall.

#12: Take Me to Your Leader
A ludicrous b-movie plot that somehow gets into “so-bad-it’s-good” territory. Ted and Mr. Ernst are the highlights. 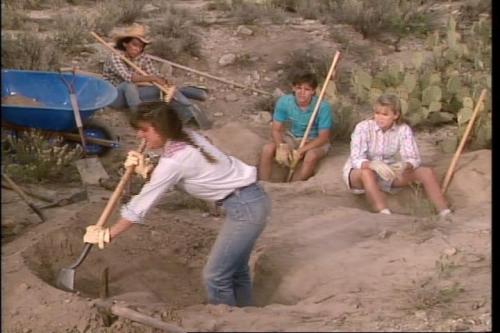 #11: Treasure Teens
It’s unrealistic that real teens would get excited over something like this, but I like the underlying reason that Mr. Ernst gives for writing poetry. 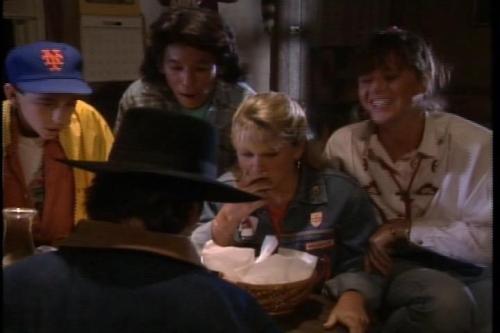 #10: Ghost Stories
Another fun, “scary” episode. Ted and Melody are the stars in this one. 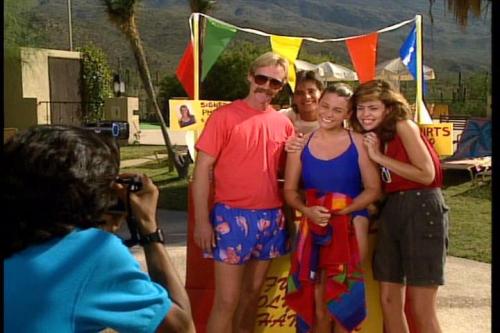 #9: Our Little Champion
A nice Melody episode, but it has a confusing message that diminishes it. Some good Melody and Mr. Ernst moments.

#8: Battle of a Hundred Bucks
Childishness and selfishness rear their ugly heads when money is involved. Still, a pretty funny episode with a hilarious resolution.

#7: Loose Lips
Ah, gossip. Nothing good can come of it. Still, the charades scene between Ted and Melody is hysterical. 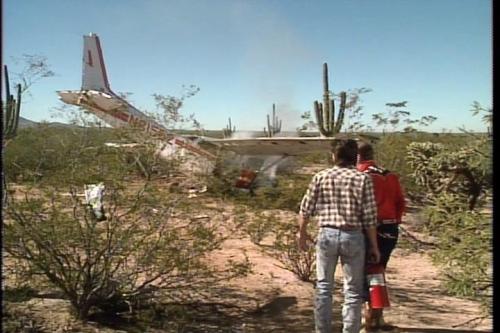 #6: Crash Landing
This is the only truly suspenseful episode of the season. Ted has an idiot moment, and Melody is just a plain idiot. Still, it has some good production values, and I like the scenes in the mine shaft.

#5: Teacher’s Pest
Overall, a sweet episode with realistic concerns by Ted and Buddy. You can see how Mr. Ernst and Miss Andrews (and David Brisbin and Laura Innes) really care for each other.

#4: Bunkmate Battle
Pretty realistic episode with a bit to be learned for (almost) everyone – while also managing to be funny. 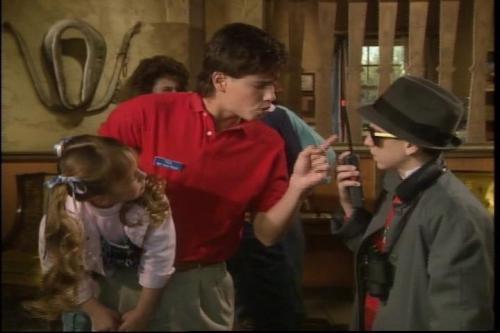 #3: Bar None Babysitter
Pretty funny all around, silly subplots and all. 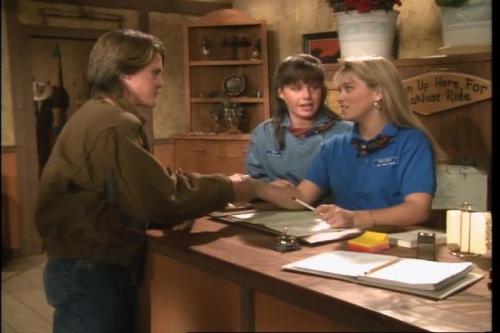 #2: Superstar
Melody has a celebrity crush. Brad’s not interested. Ted is jealous. Overall, a good episode.

#1: Dan the Man
Yeah, the Danny episode is my favorite. Yeah, it surprised me, too, but this is genuinely a great episode with good performances from Torres and Brown. 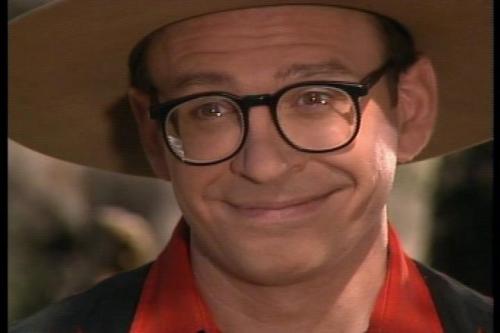 Mr. Ernst appeared in all 13 episodes. His crazy schemes continue this season. His subplots are comedic. Episodes where he’s more of a focus are a mixed bag. Thankfully, for every “Cowboy Ernst” and “Take Me to Your Leader”, there’s a “Crash Landing” and a “Teacher’s Pest”. Brisbin also has nice dramatic moments in (the end of) “Our Little Champion” and “Treasure Teens”.

Brad appeared in all 13 episodes. She’s usually paired with and/or contrasted against Melody. She gets caught up in the madness in “Treasure Teens” but is a voice of reason in “Take Me to Your Leader”. Her friendship with Danny is highlighted in “Dan the Man”, during which Brown gives a good performance. She has a subplot in “Teacher’s Pest”, but it isn’t given much screen time, and her predicament (whether to leave the ranch or stay) is resolved off-screen. Overall, Brad is probably the most human character, and, even though she’s rich, she’s the most relatable – for me, anyway.

As before, the season’s least valuable player has to be Lucy. She appeared in 9 of the episodes and was mentioned in another, which, granted, is more than last season. Her main functions are to offer sage advice and be a strict authority figure. She’s the voice of reason. However, she barely plays any role in any of the episodes, and no one listens to her advice most of the time. She judges a silly “battle” over money between the teens. She tells Ted a ghost story that creeps him out. She finds a sick horse, Uncle Albert, in time for his life to be saved and motivates Mr. Ernst to exercise. She restrains Ted’s violent urges, thus possibly saving Danny’s life. The most that we learn about her is she knows and loves ranching and doesn’t want to do anything else with her life. 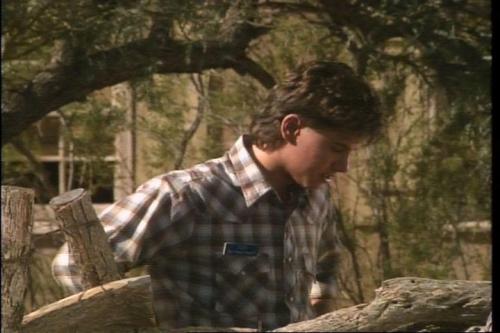 Ted appeared in all 13 episodes. As before, he has a lot to do. It’s impossible to list only a few highlights. He gets a major (and potentially fatal) case of the stupids in “Crash Landing”, but he does something legitimately nice for Brad in “Dan the Man” and also supports her in “Teacher’s Pest”. With 39 episodes left, surely there are many great Ted moments to come on this series.

Melody appeared in all 13 episodes. Oh, Melody, what did this season do to you? She’s a total idiot in “Crash Landing” and “Take Me to Your Leader”. Fortunately, she did something legitimately nice for Brad in “Teacher’s Pest”. Her starring episode was “Our Little Champion” (during which Taylor gives a great performance), but I get the feeling that the episode wanted us to view Melody as being “changed” by “fame”. That simply wasn’t the case. Melody was treated as a hot commodity by her “friends”. Only Mr. Ernst eventually saw through the bullshit. Melody also has a nice comedic plot in “Superstar”, and we get as close to a Melody/Brad romance as we’re gonna get. She also gives a “chilling” performance in “Ghost Stories”. 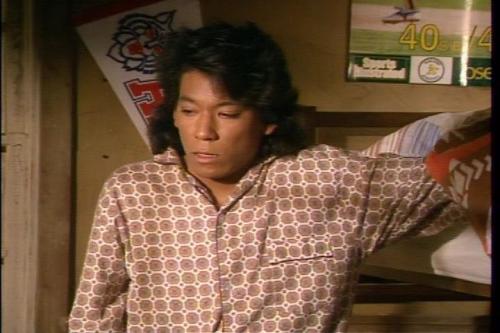 Danny appeared in all 13 episodes. While he and Ted are usually paired together in plots (whether opposing him or, more likely, being dragged along), his relationship with Brad was explored in “Dan the Man” (the one Danny-centric episode this season) and, to a lesser extent, “Loose Lips”. “Dan the Man” features a great performance by Torres, and we learn about Danny’s upbringing. He also has a humorous subplot in “Bar None Babysitter”.

Buddy appeared in all 13 episodes (but one of those, the season premiere, was just a silent, pre-credits cameo). His involvement varies by episode. He has good roles in “Crash Landing” and “Teacher’s Pest”. “Battle of a Hundred Bucks” has him heavily involved in a comedic resolution. He’s also heavily involved in “Bar None Babysitter”, but he’s an annoying jerk. His subplot in “Dan the Man” is pretty funny. He instigates the panic in “Take Me to Your Leader”, but he also helps to save the ranch in “Cowboy Ernst”. 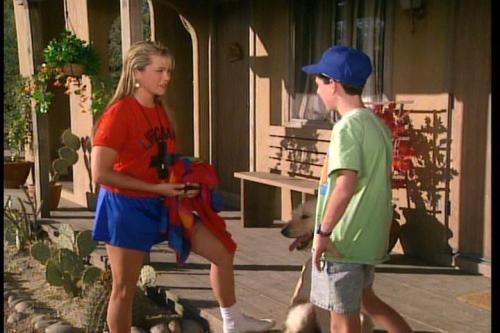 Cassie appeared in 1 episode and then was dropped with no explanation. Goodbye, Cassie.

That’s it for season 2. Tune in next Wednesday as we head into season 3!

This entry was posted in season2 and tagged season2. Bookmark the permalink.